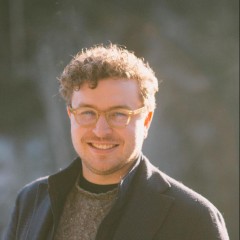 Alec Strong  published on 2020-05-13
In programming one of the earliest tools we’re given for simplifying complex code is helper functions. Splitting code into smaller more digestible blocks makes it easier to maintain and read, which is usually more important than code that’s easier to write. In SQL we have tools for accomplishing the same thing! One of the bigger ones is views which can help share an underlying query between multiple other ones. Leandro Favarin wrote a great post on how to put views into practice in SQLite here.
Read More

Alec Strong  published on 2020-02-13
With SQLDelight 1.3.0 and above we now support multiple dialects of SQL (at time of writing: SQLite 3.18, SQLite 3.24, and MySQL). They’re not complete implementations of any of those dialects but they support necessary features and the real meat of the release is a straightforward framework for adding parts of the dialects incrementally. For example, SQLite 3.24 is just SQLite 3.18 with upsert on top (thank you Angus Holder!).
Read More

Alec Strong  published on 2020-01-23
With Kotlin Multiplatform (KMP) it’s possible to build artifacts for multiple platforms using the same toolchain, but until portable artifacts for KMP are released you need to build platform artifacts on their respective platforms. With SqlDelight 1.2.2 we now also deploy Windows (mingW) artifacts, meaning it’s impossible to publish from a single OS (since we also support macOS targets). There was no simple setup with Travis and Github Actions is the new hot stuff so we gave that a go and here’s how it works:
Read More